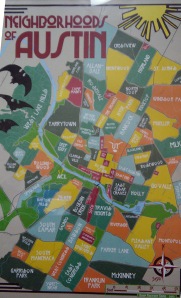 According to Austin Board of REALTORS Multiple Listing Services report (10/23/2014), the number of listings were down in September 2014 (3,472) from 3,589 in August which was down from 3,732 in July in the Austin area alone and not including the suburbs and bedroom communities. At the same time that the inventory is down, according to the September 2014 Multiple Listing Service (MLS), Austin-area single-family home prices set a record for the month of September.

Median price for Austin-area single-family homes increased eight percent year-over-year to $240,000 and average price rose seven percent year-over-year to $308,514 in September 2014. These are the highest figures recorded for both median and average price for the month of September. The average days on the market is 44 and has remained consistent.

I have read and heard the report that claims Austin area real estate is overvalued, then I look at the reality of the situation. According to the City of Austin, Bureau of Vital Statistics, there are 110 people moving to Austin every day. In my opinion, logically, I realize that no one is building any are more land here in Austin, so what you will continue to see is increasing values in the structures available, with particular increases projected from the core out, or inside out. I predict that investors will be handsomely rewarded. There is a giant medical school coming to town. There are more and more venues coming to this town every day. The place is a buzz all in the same old Austin I remember with little reminders of yesteryear Austin, like Donn’s Depot.

Leasing is also up 8% this September versus September last year in the Austin area. Leasing is big business, and the prices are quite expensive in the central areas of Austin. Regardless of whether you buy or lease, I recommend that you contact a professional (me of course) to help you make informed choices. The choices are overwhelming, but there are affordable places to live, and even in Central Austin. Having a confident and competent professional is essential to make sure that you find what you are looking for, and location is key.

…your expert and friend in real estate!

Offering creative solutions for buyers and strategic marketing for sellers!
817-627-9583
Call, text or email me any time!
mistimeyers@yahoo.com